When Bennie Binion was kicked out of Dallas, TX. and headed to Las Vegas to open a legal casino, he thought his problems were behind him. For the majority, they were.

Benny had been a dice player. He ran illegal games in Dallas and funded other operations, collecting 25% of the players who ran them.

Once settled in Las Vegas, he bought a small piece of land and a casino in the downtown area and called it Binion’s Horseshoe. The place had rooms, dice tables, slot machines, and a poker room.

While other Las Vegas casinos had limits on what a person could bet, the Horseshoe had NO limits.

On September 14, 1980, a tall, lanky man wearing a Stetson entered the casino with two suitcases. One of them contained $ 777,000 in cash. The man approached the cashier’s cage and converted the money into tokens. Then he walked over to a dice table and placed all the chips on the end line.

“Roll them up” he said, betting against the point.

The shooter was a woman. She shook the dice and rolled a six. The man with the stick pushed the dice back at her and she rolled a nine. Then she blew on the dice, shook them, and shot seven.

“Pay the backline” said the man with the stick. The stranger had just won $ 1.5 million.

He collected his winnings at the cashier’s cage, put the money in the empty suitcase, and left the casino. It was the biggest amount ever won on a single roll of the dice.

The Los Angeles Times ran an article titled THE MYSTERY MAN WINS FORTUNE and designated the winner as the ‘Ghost player. ‘

Jack Binion, Bennie’s son, called the winner “very cool” and added: “He had a lot of wagering in him.”

Bennie’s son, Ted binion, was in charge of security. Armed with a loaded .38 revolver, he watched the stranger approach the cashier’s cage and buy $ 538,000 in tokens.

The man brought the chips to the same dice table, placed the chips on the end line and motioned to the shooter with the classic words, “Roll them up. “

As he was getting his money back, Ted approached him and asked his name. The alien identified himself as William Lee Bergstrom, 33, of Austin, Texas. They started talking and Ted Binion found out … 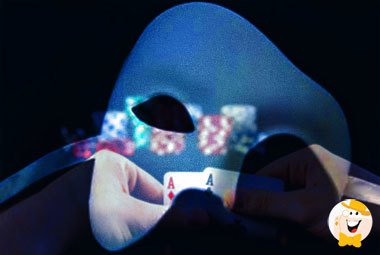 … the man had borrowed half of his original $ 777,000 from a bank in Austin, telling the bank manager he intended to buy gold. He also told Binion that if he loses the bet, he intends to kill himself by taking pills.

On November 16, 1984, Bergstrom returned to the Horseshoe. This time he had $ 1 million in cash, cashier checks and Krugerrands. As the Binion watched, he bought 1 million chips and placed them on the baseline for the same bet.

The nervous shooter shook the dice – and rolled a seven.

The man stayed there for a few seconds. Then he went to a nearby restaurant, bought some Mexican food, and left.

Five days later, Bergstrom’s brother Alan got a call. Her brother had attempted suicide with pills and two loaded shotguns at the La Quinta Motel in Austin. He failed and Bergstrom was returned to his family. His father had a long conversation with him, trying to console his son.

Months passed. Bergstrom returned to Las Vegas, driving his mother’s Buick. He checked into the Marina Hotel on the Las Vegas Strip.

Management discovered the Phantom Gambler in room 442, died from an overdose of pills.